Serving in the Toughest Neighborhood

May 5, 2022 by Tiferet Yeshua4 comments
PrevNext

One of the toughest neighborhoods in Israel

The area of Tel Aviv’s central bus station where we do our food outreach to the homeless is a very tough neighborhood—it may even be the worst in all Israel. The streets where we serve –where the hard-core drug addicts hang out and there is much prostitution— are controlled by Arab crime families from the cities Lod and Ramle in central Israel and from Rahat, a troubled Bedouin city in the Negev where crime is out of control.

At the mercy of criminal gangs

So how do the criminal gangs that control the area view our presence there? To say that they don’t like us is putting it mildly. Criminal gangs make their money by selling drugs and running brothels, so when we help drug addicts and prostitutes get off the street, we are hurting their ability to make money. Every drug addict is like a walking ATM for the dealers because each day he goes to great lengths to get money for drugs. The same goes for the girls who are working in prostitution, many of whom have been coerced or forced into it: each girl turns a profit for her pimp. Most of the women in prostitution are also drug addicts, and they pay for their drugs through prostitution: when these women succeed in getting off the street, it is a double loss for the drug and prostitution rings. 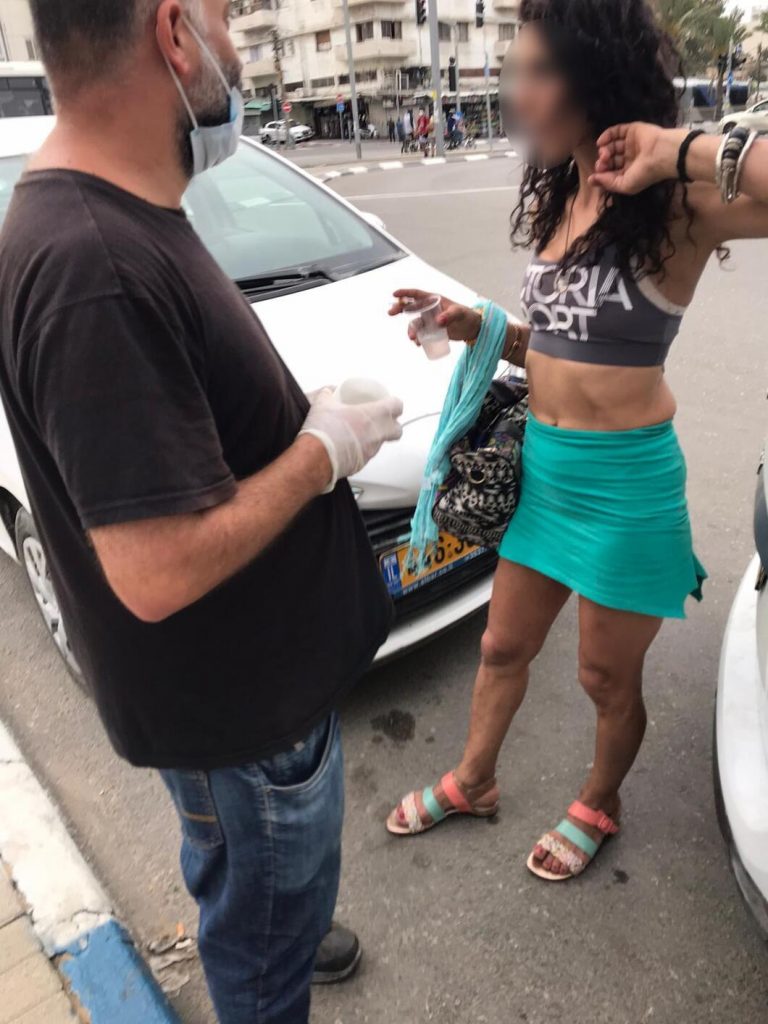 To be able to do the work that God has called us to do in this area, we have to be diplomatic and smart. Honor and respect are inherent currency in the Middle Eastern culture, especially in Arab communities, and we always make sure to be very respectful to criminals running things in our area. Very often, they will ask us why we are doing this, who is supporting us, and what our motivation is. That is when we have the opportunity to share the gospel with them.

Sharing the gospel with Arab-speakers

Whenever there is opportunity, we share the gospel with anyone who crosses our paths, and many who do are Muslim-background Arabs. In addition to the Arab criminal groups who control the area where we serve, many young Arab Muslim men come to this area because of the prostitution. There are also Palestinian construction workers from Judea and Samaria (called the West Bank in the media), in Israel legally and some illegally, who end up sleeping on the streets here because they do not want to risk not being able to get back to their jobs if they go home for the night.

In addition to Hebrew and Russian, we keep Arabic bibles and outreach material at our center which we hand out on a regular basis. In order to be able to discuss the gospel with Muslims, we need to have a basic knowledge of how the Koran speaks about Jesus. When we talk about Ee’sua ibn Miriyam (Jesus the son of Mary), using His proper Arabic name from the Koran, it somehow opens their hearts and we are able to share about His work of redemption and the forgiveness of sins.

There is one book that we always make sure to have on hand in Arabic: Run Baby Run by Nicky Cruz. In the 1950’s, Cruz led a notoriously violent street gang in New York City and was saved by the gospel of love that he heard from preacher David Wilkerson. Because many of the Arab men in our area are either directly involved in criminal gangs or influenced by them, this book has a powerful impact on them. 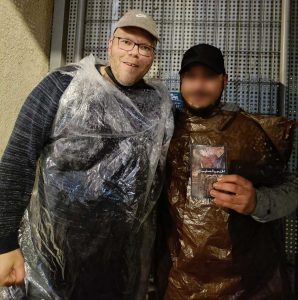 When the crime gangs loose profit

Just recently we dealt a blow to the bottom line of the drug dealers’ bottom line when I had the honor of driving a man to a rehab center run by believers. This man who suffers from a serious drug addiction has been coming to our center for meals for several years. This man knows us well and over time has learned to trust us. At one point when he was badly wounded in a street fight, he came to us for first aid.

Recently he shared with us that he has a little son whom he is not allowed to see because of his drug addiction. During the day he keeps himself busy at a construction job, but in the evening, when he is alone and has nothing to do, he ends succumbing to his addiction. Each day he tells himself that he will break the cycle of addiction so that he can make a new start and have a relationship with his son, but each evening after work, he falls back into his addiction. That evening when he was sharing with us his sadness and frustration, he let us pray for him. As we prayed for him, he asked the Lord into his life, and, immediately afterwards, he threw away all the drugs that he had on him. Right then I asked him if he wanted me to drive him to a drug rehabilitation center run by believers, and he said “Yes!” 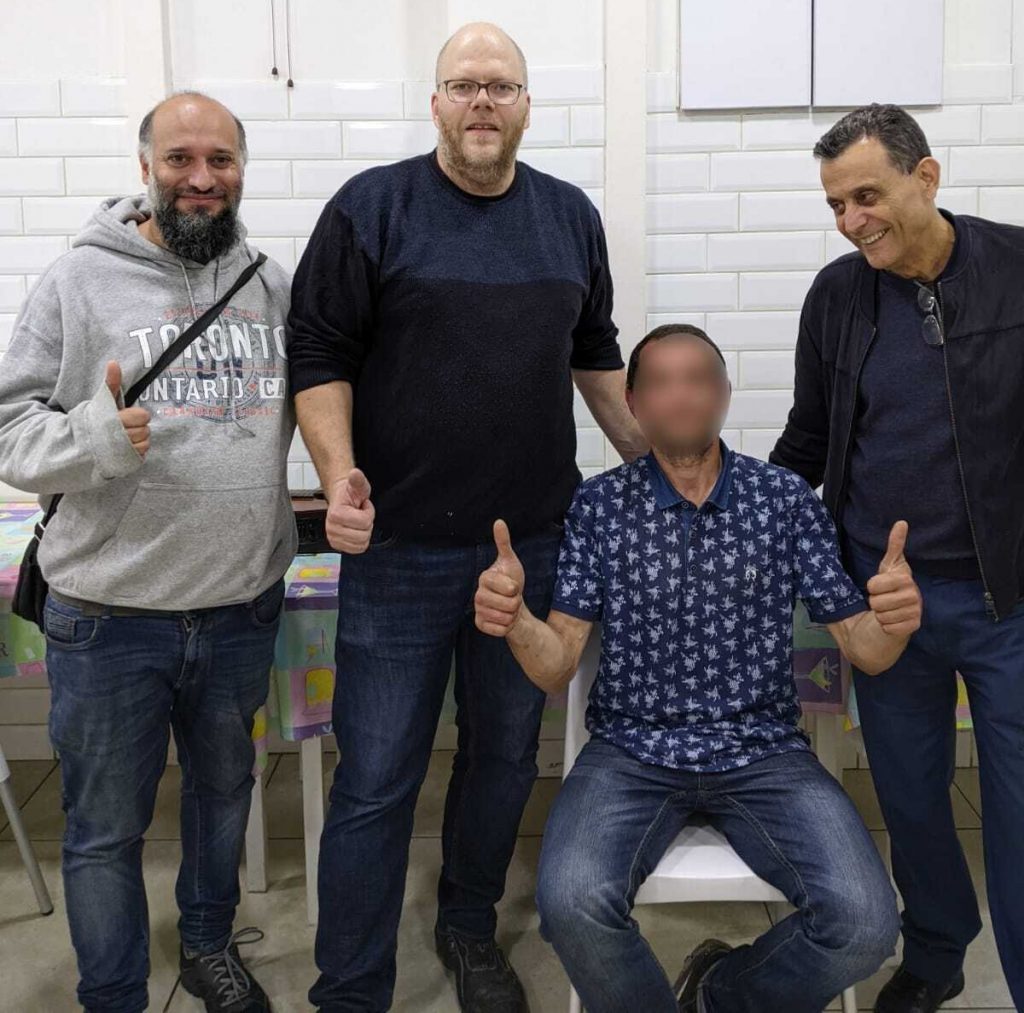 That evening when I drove him to the rehab center, I felt such joy! Serving on the streets, we see so much pain and sadness in the lives of many who are unwilling to make the serious commitment to go to a rehab program. Not only did this young man open his heart to the Lord, but then he agreed to being taken physically out of the cycle of crime and enslavement to addiction and brought to an amazing rehabilitation center run by believers where he will have every chance and support to become free through God’s grace. It is truly a lifesaving step!

I want to thank you so much for your faithful support of this ministry! Without your help we could not be out there providing food, love and hope to so many. 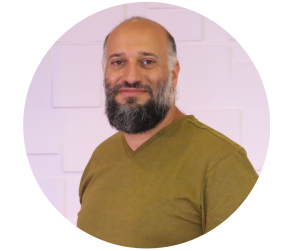