A young man asks: “If Yeshua really is the Messiah, then what should I do?”

Recently a young man reached out to us through our Hebrew website and asked if we could get in touch with him.  After several phone conversations, we understood that he had been reading the New Testament and was interested in studying with someone to learn more. Kosta, who devotes his time to outreach and discipling new believers, scheduled a meeting with him to start studying the foundations of the faith. During their meetings, Kosta felt the need to focus on the love of God and how it is that the Messiah could atone for sins. This young man was open, eager and, after studying together with Kosta, he said it was clear that Yeshua is the Messiah promised Israel in the Hebrew Scriptures. “What should I do then?” he asked.

As Jews, our spiritual reference is orthodox Judaism, and the idea of becoming more “religious” or seeking God means doing certain things like keeping the Sabbath, wearing a kippa, and praying certain prayers and blessings every day. 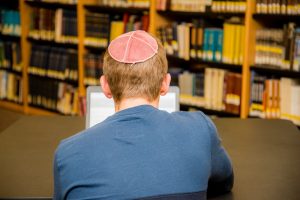 When he asked, “What am I required to do?” Kosta told him that the first action he needed to take was in his heart: “Receive Yeshua into your heart as Lord and Savior and ask Him to be Lord over your life.” On that same day, he prayed to receive Yeshua as His Lord and Savior.

Wanting to be Immersed

Kosta stays in touch with this young man on a regular basis: due to his work schedule, it is hard for him to make it to our Friday services, so he watches the livestream of our service. Something special about this young man is his love of spending time reading and searching the Scripture. While reading the New Testament, he came across passages describing the need to immerse in water in the name of the Father, the Son. During discipleship at Tiferet Yeshua, we do not rush to water immersion: we want to make sure people understand the foundations of their faith and know what it means to surrender their lives to the Lord. However, this young man was so anxious to follow through with the requirements of his faith that he decided to immerse himself in a spring of water while on a tour visiting springs of the Jordan River in the north of Israel! 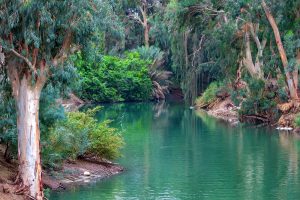 Jordan river springs in the north of Israel

It is amazing to see how he truly loves Yeshua and is growing in his faith through God’s wonderful grace on him.

This is a love story in every way. D. grew up friends with a family of believers from Tiferet Yeshua. Since a young age, he knew about his friends’ faith and that they attended a Messianic congregation every week. For him, their faith was something that didn’t bother him, but it didn’t interest him either. While D. was best friends with the son, and he enjoyed spending time with their family, he eventually fell in love with his friend’s sister, a strong believer. After his army service, he mustered the courage to tell her. She and her family made clear that if he was serious about his feelings for her, he would have to be open to seriously learning about her faith.

Because he wanted to show the love of his life that he was serious, he began attending services with her and her family at Tiferet Yeshua—as far as he was concerned, he was there for her, the girl he loves and wants to marry. However, it was clear that D. was not terribly interested in or connecting with what was happening around him in the congregation—during worship he would be in the fellowship hall, and during the message he would be distracted on his phone. Kosta reached out to him to schedule a meeting with him, thinking maybe time one-on-one would be the best way to connect with him. During the meeting, Kosta went through the main Messianic prophesies in the Hebrew Scriptures with D., particularly Isaiah 53. Overall, their time together was positive and eye-opening for him, but it was clear that D. was still not interested in making any serious spiritual commitments. He comes from a religious family where “religious requirements” were forced on him.

But for the love of his life, D. continued coming to services at Tiferet Yeshua. Then something happened: during one service, he decided to put his phone down and listen to the message. On that day, our friend Yuval Yanai gave a powerful message, and God used it to unlock this young man’s heart. It touched him in such a powerful and special way, we could see just by looking at him that something was happening. A week later, someone shared a word of knowledge during the service that someone suffering pain in their shoulder should come forward for healing. The word was for D.: he came forward and was healed on the spot. 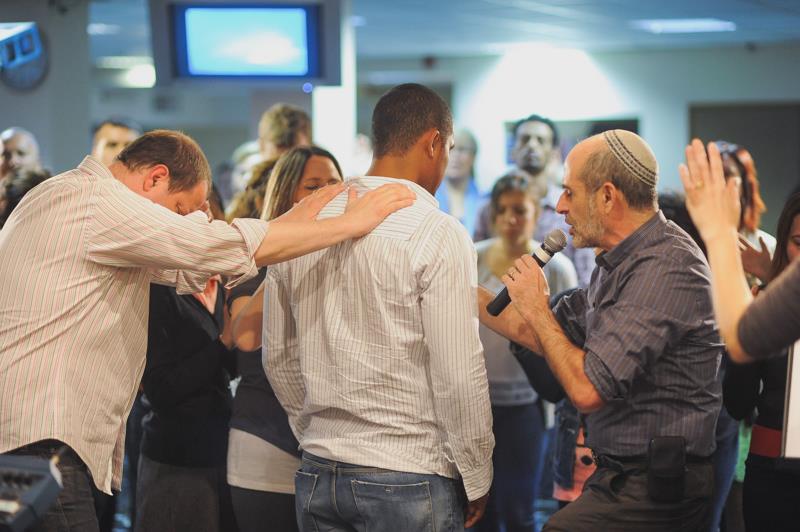 The following week, D. was back in the service. This time, he participated in the worship, clearly experiencing the Lord, and he listened intently to the message. After the service, Gil prayed with him to receive Yeshua as his Lord and Savior. Some of us who didn’t know that he had just prayed to receive the Lord saw him later that evening, and told him, “Your face is shining!” Since then, the change in this young man is visible, and he is on fire for the Lord. He is studying with Kosta, reading the Bible daily on his own and already wants to commit his life publicly through water immersion.