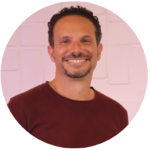 While our focus during Hanukkah is on the miracle of the Maccabee’s victory over the greatest army in the world at that time and on their spiritual dedication in the face of overwhelming odds, this holiday offers us some sobering insights if we ask the right questions. Nothing happens in a vacuum. A good question to ask might be, “What led up to the Greek attack and takeover of the Temple in Jerusalem?

Hanukkah in a Nutshell

For those who are not familiar with the Hanukkah story, it commemorates the miraculous victory of the Maccabees, a band of devout Jews, over the Greek armies led by Antiochus IV, Greek King of the Seleucid empire, in 168 BC. Antiochus had outlawed Jewish worship and defiled the Holy Temple with idol worship (pigs were sacrificed on the altars and a statue of Zeus was placed in the Temple).

What Led to the Greek Invasion?

In getting to our original question, we need only to look at the generation before Antiochus IV did his dirty deeds in Jerusalem. The stage had already been set by a pervasive Greek cultural influence that had been adopted by many Jews at that time. The conquests of Alexander the Great in the 4th century BC had spread Greek culture all throughout the ancient Middle East. In the Greek culture, man is the measure of all things, and individual intellect and physical strength and beauty were its ideals, which are diametrically opposed to biblical ideals.

The Greek culture infiltrates the priesthood

To the Jews living in Jerusalem\Judea during the 2nd century BC, the world culture was Greek. To adopt Greek culture was to gain more access and influence in the Greek world system. It affected the way they dressed, spoke, the way they did business and government. Jerusalem actually prospered under Antiochus the III. Greek influence had even reached members of the priesthood who had adopted Greek culture alongside their service of God in the Temple.

By the time Antiochus IV showed up, he was able to install a man from the priesthood who was friendly and open to Greek culture. With help from the High Priest, Antiochus built a Greek gymnasium, a place where men practiced nude sports, just a stones throw from the Temple. For all the observant Jews, a line had been crossed, and they threw out the Hellenized High Priest. That is when Antiochus IV got heavy-handed and decided to teach the Jews a lesson for messing with his setup. The mask came off and his real agenda became clear: total takeover.

Antiochus did not come out of nowhere. He came after the Jews in Jerusalem\Judea went through a process of adopting the mindset and worldview of the Greeks. Today, we each are the temples of God, and we live in a world culture that is still very much Greek: self-centered, intellectual, and obsessed with physical beauty. We all struggle with renewing our minds with the Word of God and putting on the Mind of Messiah in the face of the culture that surrounds us. The Hanukkah story shows us that adopting the ways and mindset of the world can lead us to a point of erecting idols in our hearts, making us weak and vulnerable to succumbing to the enemy.

A sad note on the amazing Maccabee victory is that within a generation the Maccabees had themselves become power-hungry and adopted Greek culture alongside their Temple worship. It is not surprising that less than a hundred years later, the Messiah would be born who is the answer for our constant struggle with the outside world: being born again within so we can shine His light without.

May we all know Yeshua’s grace and blessings to be able to shine His light this holiday season!