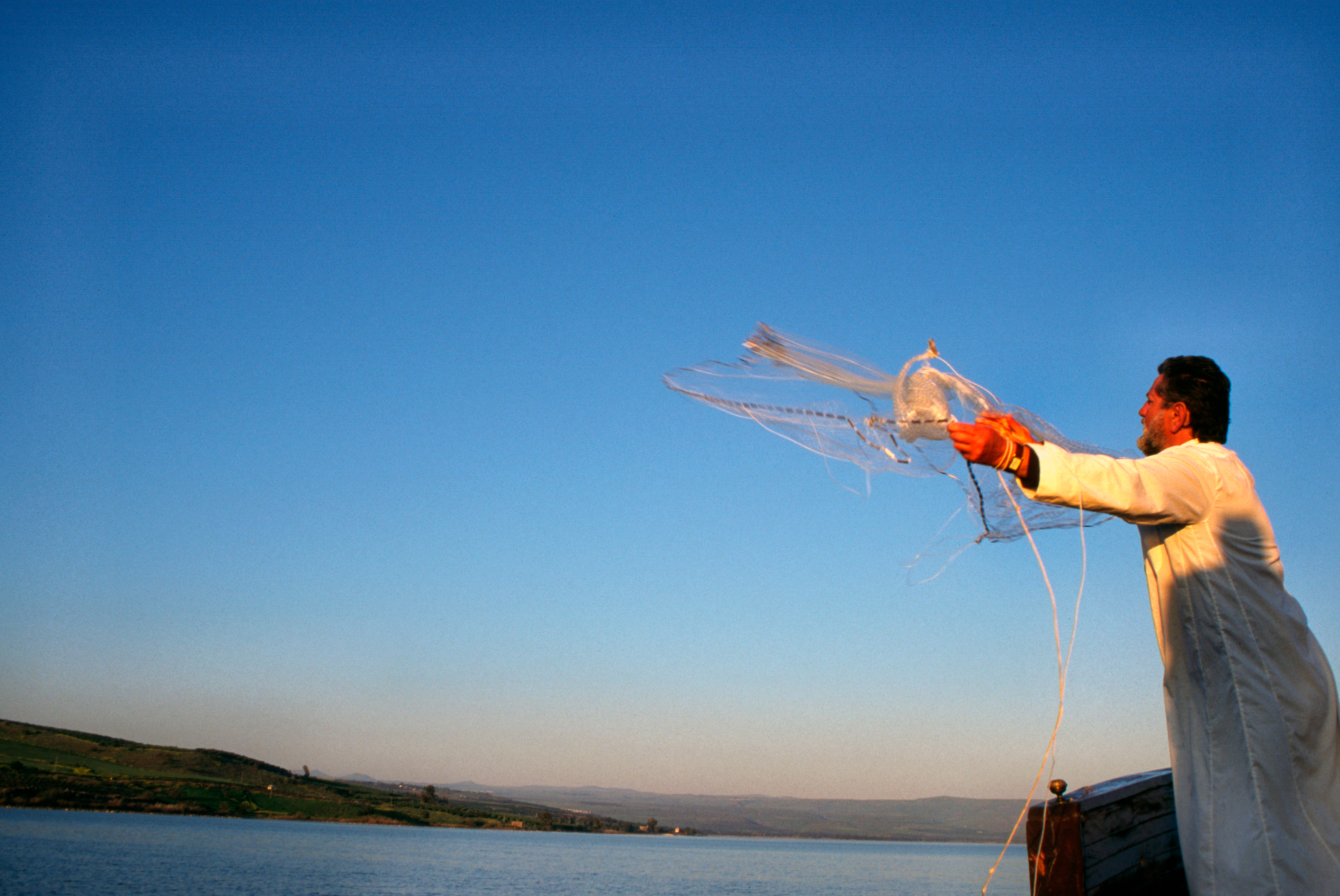 Ron Cantor, an elder at Tiferet Yeshua, has shared this analogy with us in the past: if you look at the Sea of Galilee, you see a lake that is full of life—there’s lush vegetation around the banks of the Sea, and, as the New Testament stories make clear, it is full of fish! It also serves as a source of fresh drinking water for Israel. About a hundred kilometers south of the Sea of Galilee is the Dead Sea: it is an extraordinary place but it is quite literally dead. What’s the difference between these two seas? The living thriving Sea of Galilee has streams of water feeding it and streams of water flowing out of it. The Dead Sea only has water flowing into it: nothing flows out. When a believer, or a congregation, for that matter, doesn’t have an “outflow”, it is in danger of becoming what the Dead Sea is. God fills us not so that we can stay put but in order that we can become literal rivers of living waters to those around us. 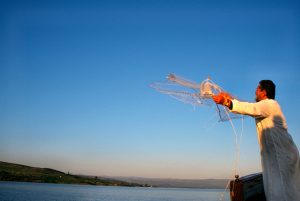 A man fishing on the Sea of Galilee

One way a congregation can be living waters to its community is through evangelism. Every week we see new faces at Tiferet Yeshua, in no small part due to the fact that our members live a lifestyle of sharing the gospel in their day to day lives. Some of our members go out on the streets to pray for people and witness on a regular basis. The first Friday of December, one of our members brought a whole family she had witnessed to. The week before that, Dudu, a Tiferet Yeshua member who goes out to witness every week, brought several young Israelis to our Friday evening service whom he had shared the gospel with on the streets of Tel Aviv. That evening, they heard a powerful message from one of our deacons who finished his message with a call to anyone who hadn’t dedicated their lives to Yeshua. At that point, one of the young Israelis Dudu had brought that evening came forward. 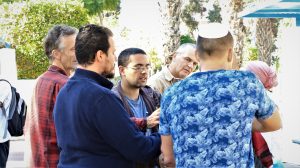 Tiferet Yeshua members praying for healing on the streets

We don’t often have alter calls at Tiferet Yeshua: the Lord called us to make disciples, a process that only begins with the so-called “sinner’s prayer”. However, the openness and sincerity of this young woman touched the whole congregation (she even asked that someone film the moment because she wanted “a record of this important step” she was taking). Please keep S. in your prayers, that the Lord would continue to touch and heal her heart in a powerful way and that she would commit herself to the path of discipleship and growing in the Lord! 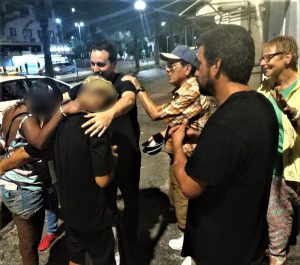