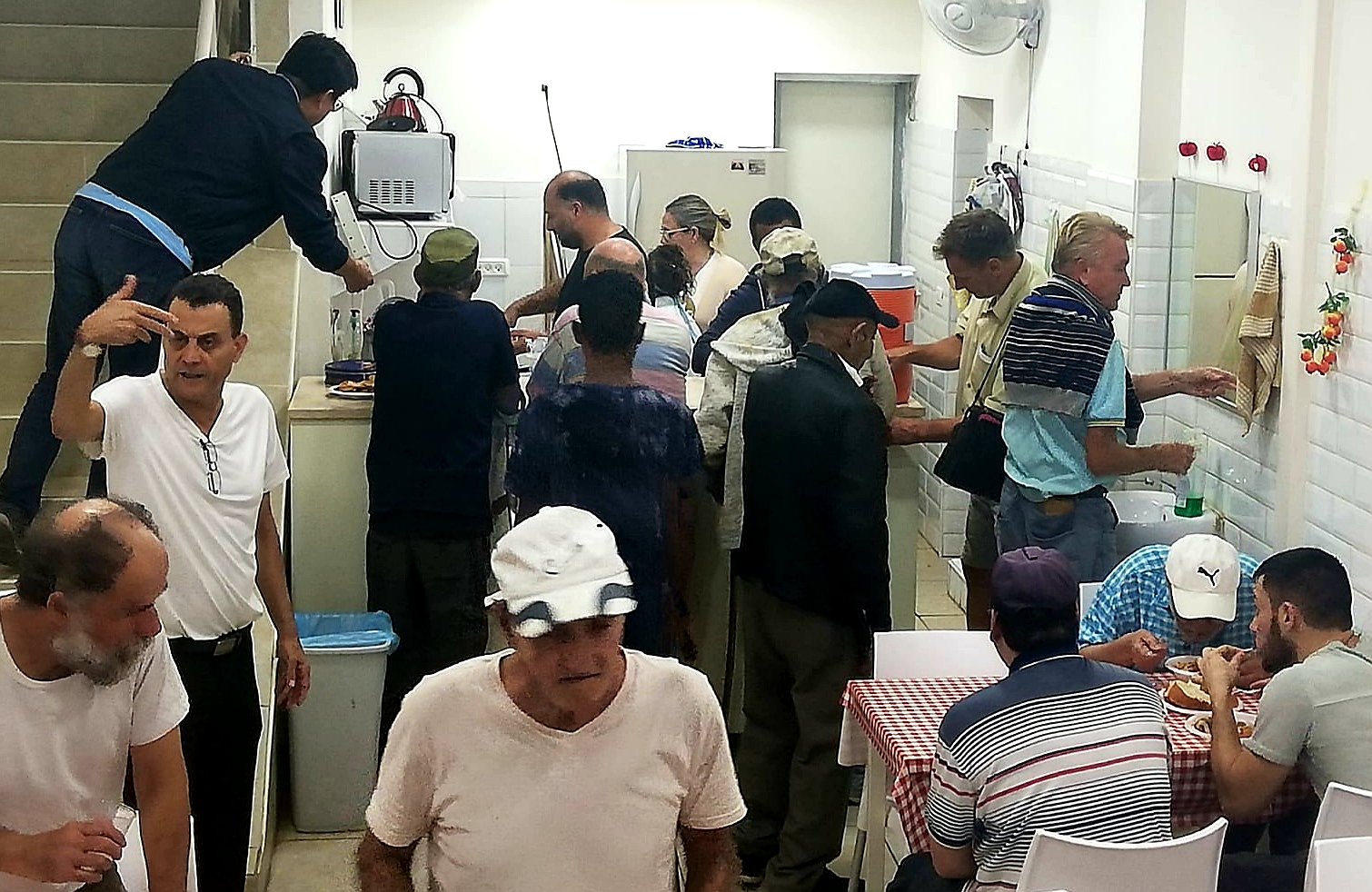 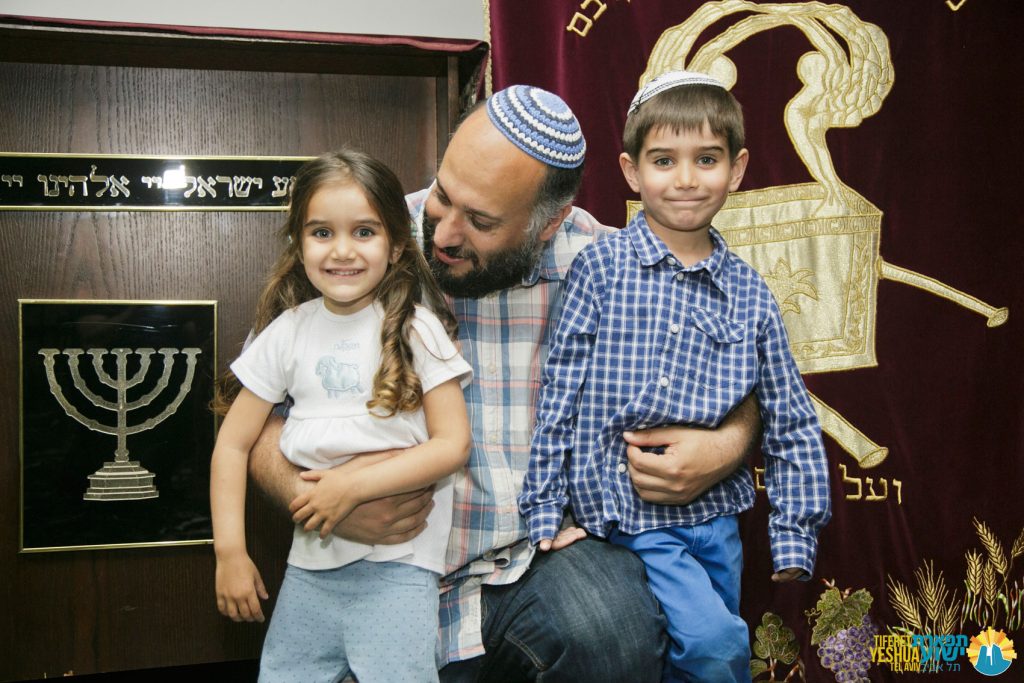 “My daughter is hungry and it’s her birthday today. Maybe you have some food left over that I can bring her to make her happy?”

This was said to me by an older gentleman who seemed to be in his early sixties while we were taking our food out to the street in order to serve it to the needy in the area. In Tel Aviv there are streets where there are many drug addicts who are so sick and weak that they’re unable to walk a few hundred meters to the soup kitchen where we’re serving hot meals. Because of that, we send out groups of volunteers to take food to those areas where there are lots of drug addicts because they can’t come to us. 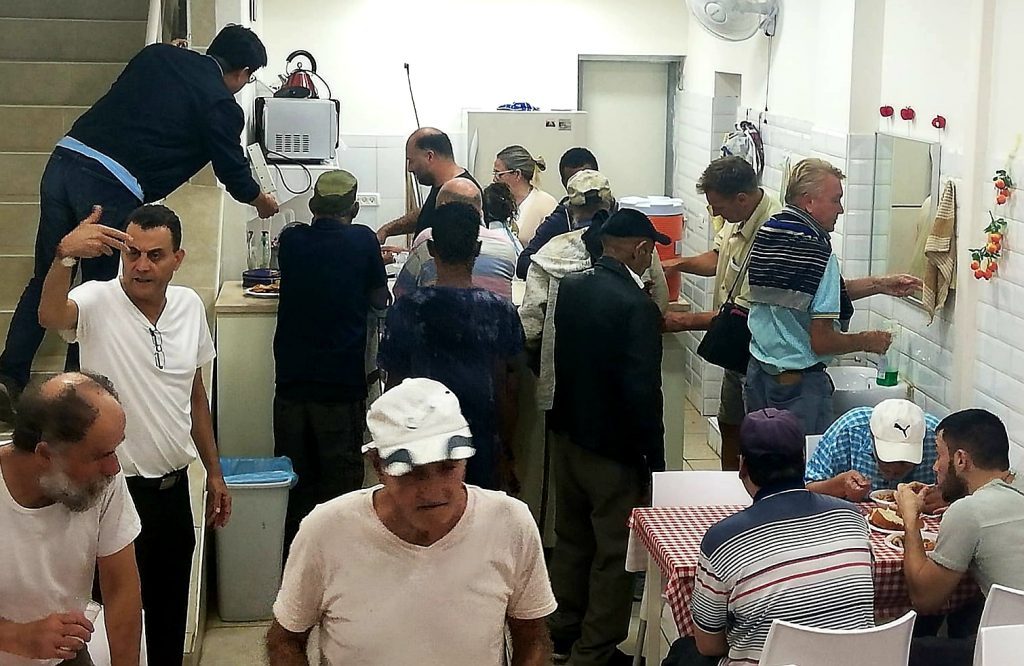 Moti Cohen and volunteers serving the many poor and needy who come every week.

On the same evening the elderly gentleman spoke to me, it was particularly busy and a lot of people were asking for food. However, that father’s request for for his daughter went straight to my heart. I stopped what I was doing and went with. We walked a few meters down the street where there was a woman, this man’s daughter, sitting on the ground, clearly addicted to hard-core drugs. We wished her a happy birthday, and she answered, “Today I’m twenty-nine years old.” After bringing her a plate of food and something to drink, the father and daughter shared their story; both of them have been addicted to drugs for years which ultimately landed them on the streets-it’s a vicious cycle we’ve unfortunately seen many times. After they had something to eat, we asked if we could pray for them, and they agreed. We told them about the drug treatment facilities we work with and shared testimonies of people we personally know who were able to escape the deadly cycle of drugs and crime through faith in God. We embraced them and brought them another “birthday” helping of food and drink. 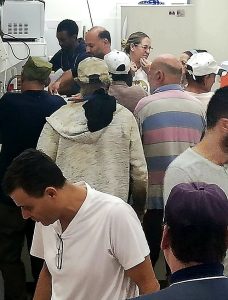 Everyone gets a fresh, nourishing home-cooked meal and spiritual food as well.

We have a chance to meet many people at our outreach center, almost all of whom have a story that will break your heart. But something about meeting this father and daughter who are on the street together touched me deeply, and I can’t stop thinking about them. Now that they know we’re in their area every week, I pray that they will come back with open hearts: we will be there to pray for them, support them and hopefully help them on their way to a drug rehabilitation center we have connection with.