The Pharisees, Herod and the Kingdom 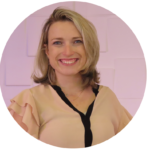 Several times in the Gospels, Yeshua used leaven symbolically in order to make a powerful point. In order to understand the deep spiritual ramifications of what He was teaching us, it is important that we first understand the nature of leaven.

Most understand more or less that leaven (yeast) is used to make dough rise. Leaven exists naturally in the environment around us, and, in ancient times, people discovered that allowing flower, water and sugar to ferment together for several days would produce a mixture which would cause dough to rise. What leaven actually does is change the chemical composition of the dough. One could say that when leaven is added to the dough mixture, the character of the dough changes. Yeshua was highlighting something that will change our hearts and our perceptions of God if we allow it into our lives. 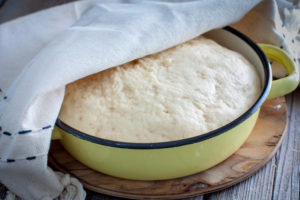 The Leaven of the Pharisees

In Matthew 16:11, Yeshua warns His disciples about the leaven of the Pharisees. Since we already know the nature of leaven, we need to make sure we understand who Pharisees were.  After the Babylonian exile, the sect of the Pharisees developed with the goal of advancing study of the Law (Torah). In contrast to the Sadducees (the Jewish sect associated with the elite temple priesthood) the Pharisees claimed authority from Moses and, as such, claimed Mosaic authority to interpret the law. They ultimately developed and codified the Oral Law (Torah Shebaal Peh) which has been the cornerstone of Rabbinic Judaism until today. Through the lens of Oral Law, the Pharisees had a very specific way of viewing and interpreting God and His written Word.

It is interesting to note that Yeshua warned his disciples about this leaven specifically after the Pharisees asked Him for “a sign from heaven” to prove He was the Messiah (Matthew 16:1). It seems strange they would ask for a sign when He was constantly performing miracles which they themselves witnessed. What the Pharisees were actually asking for was not a miracle of healing or casting out a demon but a visible demonstration of heavenly power like the people of Israel witnessed when Moses received the Law on Mount Sinai or Elijah calling for heavenly fire on Mt. Carmel.

When speaking to Orthodox or religious Jews today, you discover that they have a difficult time looking at the Word of God without the prism of the Rabbinic interpretations (the Oral Law). The leaven of the Pharisees is therefore viewing God and His Word through a specific, man-made religious lens.

The lens of the Pharisees focuses solely on carrying out the law in action, down to miniscule, obsessive and even mind-boggling details. Considering that leaven causes a change in the makeup of its host, how then does the leaven of the Pharisees change the makeup of our hearts? It hardens our hearts to God’s heart and puts self-righteousness in its center. Can New Testament believers be susceptible to this religious leaven? Absolutely! We are all human, capable of shutting out God’s love and turning His Word into a formulaic doctrine for good behavior and personal justification.

The Leaven of Herod

In Mark 8:15, Yeshua warns His disciples about a very different form of leaven: the leaven of Herod. Even though he was born in Judah and kept a certain measure of Jewish law, Herod was raised in Rome and embraced Greco-Roman culture. During Yeshua’s ministry, Herod openly lived a life of sin, having married his brother’s wife. But he also had many ritual purification baths (mikvaot) in his personal palaces and was interested in the teaching of John the Baptist. Herod represents a person who is living in both the world of traditional faith and the world of popular culture.

Herod’s leaven is mixing the philosophy of the world with the Word of God. Today we find ourselves surrounded by a popular culture that is post-postmodern where lines are blurred, there are no ultimate truths and every individual determines their reality, their identity, even their gender identity. Yeshua warns against this leaven because it also changes the way we view God and His truth: we start interpreting God’s Word to fit our personal preferences, to make it permissive of the world’s philosophies we have adopted, whether cultural or political, and end up shaping God into the image of who we want Him to be.

The One Ultimate Truth

In today’s culture, particularly among the youth, it is a battle to declare “There is only one truth.” In John 18 when He is being interrogated by Pilot, the Roman governor of Judea, Yeshua says, “For this reason I was born and have come into the world, to testify to the truth. Everyone who belongs to the truth listens to My voice.” Pilot, who represents the world’s system, cynically retorts: “What is Truth?” That cynical question is resonating today, and the world’s answer is, “Whatever you want it to be.”

“When the Son of Man returns, will He find faith in the earth?” (Luke 18:8) What time more than now can we feel how far humans are from belief in one ultimate truth, the Word of God? Being a person of faith is becoming controversial, and our faith is challenged on every side.

Now more than ever, we need the Word of God to be the double-edged sword, dividing between spirit and soul, God’s truth and the wisdom of the world, cutting away religious perceptions or theologies through which we want to interpret God and His Word.

I believe that it is important that we ask God to show us where we have let the leaven Herod, the leaven of the world, influence our faith and allegiance to God’s ultimate truth. We also need to ask God where we allow the leaven of the Pharisees, the theologies of man, to twist or skip over parts of God’s Word and focus us on being in the right and doing the right things instead of having a right heart before God.

Jews demand signs (demonstrations of power on par with the giving of the Law on Sinai) and Greeks look for wisdom (rational, human knowledge) 23 but we preach Messiah crucified: a stumbling block to Jews and foolishness to Gentiles, 24 but to those whom God has called, both Jews and Greeks, Messiah the power of God and the wisdom of God. 25 For the foolishness of God is wiser than human wisdom, and the weakness of God is stronger than human strength.