Until the Day Breaks and the Shadows Flee

Until the day breaks and the shadows flee, I will go my way to the mountain of myrrh…

A spiritual challenge: when asking, seeking and knocking don’t seem to work

This last year, I found myself feeling far from the the Lord, and I began longing for His presence. When I prayed about it, God showed me that one of the reasons I was feeling so far from Him was because I had pulled away after going through a period of suffering which began in March of 2020 when Israel went into covid lockdown. At the time, my husband and I had been seriously seeking the Lord, (we had just finished participating in a 40-day global Jesus Fast), we were moving forward in our ministry, and things were good! When the lockdown hit, I thought it might be an opportunity to have some “time off” from our busy routine. God, however, had something completely different in store for me.

Pretty quickly after going into quarantine, I started suffering from a debilitating physical condition. In addition to the practical steps one should take in such a situation, I took every right spiritual step: I sought the Lord in prayer. I spent more time in the Word.  Instead of improvement, things got worse. So, I searched my heart. I repented. I prayed more. I declared the Word over my life.  But then attacks started. And they kept coming. For a long time. Eventually, over time, things started to improve, little by little. But even after things had improved significantly, I still felt somehow traumatized, like I had been in a violent shipwreck at sea and was washed up on the shore still alive…but barely. I had climbed the mountain of myrrh through the night that Song of Songs 4:6 speaks about: myrrh, an ancient biblical spice used in the sacred anointing oil and in Yeshua’s burial, often speaks of suffering and death.

The Garden of Gethsemane – An invitation to suffering

Then Jesus went with his disciples to a place called Gethsemane…He took Peter and the two sons of Zebedee along with Him, and He began to be sorrowful and troubled. Then He said to them, “My soul is overwhelmed with sorrow to the point of death. Stay here and keep watch with me.”

The scene of Yeshua alone in the Garden of Gethsemane came to me often during my difficult period. That night in the garden, Yeshua had asked the disciples who were closest to Him, Peter, John and James, to stay with Him as He wrestled with the great suffering He was about to endure. Instead of watching with Him, Yeshua’s nearest and dearest fell asleep.

When His persecution and suffering began, all His disciples (with the exception of John) would abandon Him. We often think of the great physical pain our Lord endured on the cross, but we do not often contemplate how it was coupled with the emotional pain of being abandoned by nearly all His friends and, ultimately, being cut off from the presence of the Father, as Daniel 9:26 foretold: the Messiah will be cut off and will have nothing. This is the Suffering Servant whom we are called to follow and emulate.

How popular culture has shaped our faith

Shallow secular culture has unfortunately influenced many in the church and trained us to think that God’s main desire for us is to be blessed, prosperous and happy. As a result, in the minds of many, any kind of suffering in the life of a believer must be the result of sin. A very mature woman of God at Tiferet Yeshua whose teenage son was killed fighting in one of Israel’s recent wars in Gaza shared with me the pain she experienced when fellow believers made her feel that her suffering and loss must be the result of sin.

Let me be clear: there is much needless suffering we experience which is a result of our bad choices, practicing sinful behavior and not investing time in our relationship with God. However, the New Testament makes clear, over and over, that there is indeed suffering which is according to God’s will (1 Peter 4:19) and that we are invited to participate in Messiah’s sufferings (1 Peter 4:12-17).

It’s all about love

I once thought participating in Yeshua’s suffering came only through direct persecution for the gospel. That is indeed part of it, but it is also more than that. When we understand that God’s main desire for us is to grow and mature in our love for Him and for others, we discover sooner or later that suffering is part of it.

In Judaism, the Song of Songs is considered “The Holy of Holies”. In addition to its being a literal description of the love between King Solomon and his betrothed, the Shulamite maiden, on a spiritual level it is seen as a description of the sacred love journey between God and Israel. As followers of Messiah, we see it as the description of the bride of Messiah (Jew and gentile) growing in mature love for her Bridegroom King.

Chapter five of the Song of Songs describes the suffering and persecution of the mature bride. She is described as a garden, and others are blessed and strengthened by the fruit evident in her life (5:1). At that point, she must feel good, being right where she needs to be! But she is unaware that her Bridegroom is inviting her into a new and painful phase of growth, not unlike Yeshua in the Garden of Gethsemane asking us to keep watch with Him and to fellowship with some of His sufferings.

–The Bridegroom, outside, alone in the night, is seeking her companionship (5:2): “My soul is overwhelmed with sorrow to the point of death. Stay here and keep watch with me.” (Matt. 26:38)

-She is confused at this unexpected turn of events, but ultimately responds in obedience (5:3-5) – despite being scattered and confused, the disciple John and a company of women stay with Yeshua through His suffering (Jn. 19:25-26, Mrk. 15:40-41)

-She is beaten and bruised by authorities over her and they strip her of her cloak (5:7): the Lord Yeshua was beaten, bruised and stripped of His clothing by the Jewish and Roman authorities (Matt. 26:67, Jn 19:1)

What is the response of the mature bride after all this ordeal? She cries out that she is lovesick for her Beloved and launches into highest praise of Him to the daughters of Jerusalem. What a powerful witness! In the next chapter, she declares “I am my Beloved’s and He is mine” from a place of personal experience knowing there is nothing that can separate her from His love. That is why her Beloved calls her “as awesome as an army with banners” in the next chapter (6:4).

That is going through the refiner’s fire – an idea that used to frighten me. The longer we walk closely with our Beloved, the more we understand His heart for us and that sometimes He leads us through the valley of the shadow of death in order to bring us to a deeper level of maturity, love and knowing Him…which is the truest joy and pleasure we can ever know.

If you feel like you have never experienced a real relationship with God, I highly recommend to you my friend Monica’s testimony! 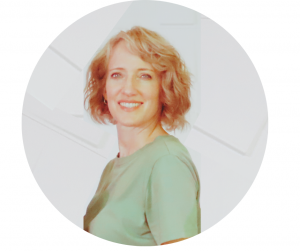