A Cry for Deliverance!

“…He gave them power over unclean spirits, to cast them out, and to heal all kinds of sickness and all kinds of disease.”

At congregation Tiferet Yeshua, Friday is our busiest day: our services begin at four in the afternoon and fellowship after the main service goes until after eight in the evening. On Fridays, I arrive at the congregation in the morning to make sure things are ready for the service. On the afternoon of Friday September the 10th, just two hours before our service starts, our office phone rang – something that doesn’t happen very often, especially Fridays. On the line was a young man who said he had already called and sent messages to two other congregations that day and that no one was available. I wasn’t surprised: here in Israel, Fridays are when families and businesses are busy getting ready for the Sabbath and many congregations are preparing for their services. On Fridays in particular, I am usually not in the office right next to the phone. It was God’s perfect timing that I was there to answer his call!

Deliverance or a Psychiatrist

The man on the line with me told me that he was in a crisis and needed deliverance from demonic oppression ASAP. He wanted to come that day to our services so he could be delivered. While I was thinking to myself, “Ok, deliverance in our main service with all the people here…that could be messy,” I told him, “Of course we can minister to you, and we will be happy to do it after the service if you can make it here today.” He proceeded to tell me that his mother and older brother who are believers led him to the Lord several months before. Since then, he had been trying to grow in his faith but was unable to get free from addictive behaviors. The more he tried, the more he felt oppressed by darkness and confusion. The small fellowship they were a part of in their town was supporting him in prayer but were unequipped to delve into the spiritual side of the issues he was facing. Finally, his brother told him, “You either need to find a pastor who can deliver you or go to a psychiatrist!”

When I understood that he lived in a town in the south of Israel, a two-hour drive away, I asked him if he had a way to make it all the way to Tel Aviv. “I work until four in the afternoon, and I don’t know if I can get access to a car from a friend or family member to drive,” he told me. He would not be able to take public transportation because all public transportation in Israel stops in the early afternoon on Fridays for the Sabbath. I immediately shared with the leadership team about him and asked them to be praying for this young man who was desperate for help and needed to find a way to get to us from the South. After the service that evening, at six thirty, the young man from the South showed up: he had paid a taxi 1,000 shekels to drive him all the way to Tel Aviv after he got off work!

A Powerful Anointing for Deliverance

It was close to seven when I sat down with him in our sanctuary together with Kosta from our ministry team. Many people were heading home, and those that remained were in our fellowship area on the other side of the building. The young man shared with us more of his story, and we began praying for him. As we were praying for him, it was clear that he needed deliverance: he felt sick and was having a hard time breathing. As Kosta continued to pray for him, I went to find Pastor Gil who was taking with someone in the fellowship area. Gil joined us, and for the next several hours this young man experienced a powerful and dramatic deliverance. By God’s grace, very few people were left in the building, and those who were, it was God’s perfect plan that they were there: at one point, someone thought they smelled sulphur coming from the sanctuary and came to investigate. When they came in, they began experiencing spiritual deliverance themselves as well! Praise God that we were there as a team so that we could minister to those dear souls as the power of the Lord’s Spirit and love were touching them to set them free!

Late that evening, the Lord put it on my heart to drive this young man back home: he had just been through a dramatic and exhausting deliverance and had made such an effort to come. On the way to bring him home, the very first rain of the season began to fall: we both took it as a beautiful sign of blessing for him. In Israel, it does not rain from June until September or October, and when the rains finally come after the long hot summer, it is a great blessing indeed!

Light in his Face

The young man stayed in touch with us the following week, and Kosta and I met with him again to strengthen and encourage him. The following Friday he returned with his mother and brother. All of us were shocked: he looked like a completely different person and his face was filled with light! Even though he lives two hours away, he is committed to coming to Tiferet Yeshua and is looking into getting a car so that he can manage the commute. I am so honored that God allowed us to be a part of this wonderful young man’s journey to freedom in Yeshua, and I am so excited how the Lord is moving in our midst and working through us together as one on our ministry team for His kingdom!

“Thanks be to God who gives us victory through our Lord Jesus the Messiah.” ~Corinthians 15:57

If you are unsure whether or not you believe that the born-again believer can experience demonic oppression, if you are struggling with fear, anxiety, depression, or persistent sinful behaviors you cannot seem to get free from, we highly suggest this this powerful teaching by Derek Prince on deliverance from demonic oppression. We also highly recommend this excellent book on the subject: Deliver Us from Evil by Don Basham 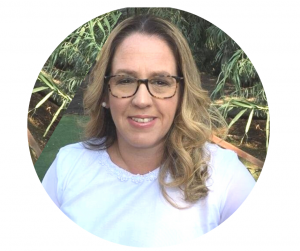