Responding to Need during the Corona Crisis

When Israel went into lockdown in mid-March, we started hearing about people in need who had lost jobs or income due to the crisis. As a congregation, we decided to reach out to help those in the community around us: we asked Tiferet Yeshua members to recommend people they knew who were in need, and each week we filled grocery bags for families with enough essentials to help get them through the week. 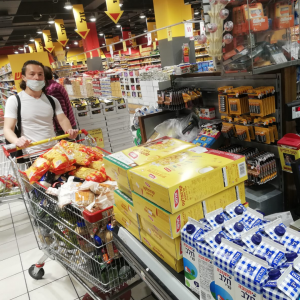 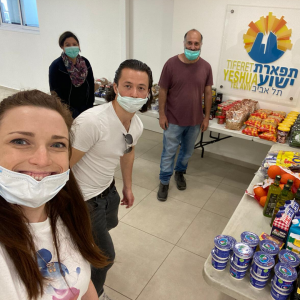 When we first started out in March, we were bringing groceries to around twelve families. Each week, we were hearing of more families in need so that in the end, we were providing weekly groceries to twenty-three families. Most of the recipients were non-believers, and all of them expressed sincere gratitude that a community of Messianic Jews wanted to bless them. Tiferet Yeshua Elder Moti Cohen who helped organize the grocery delivery shared that a Muslim woman who received groceries asked him what organization was supporting this outreach; when he explained to her that it was a congregation of Jewish believers in Yeshua that just wanted to bless her, her eyes filled with tears. 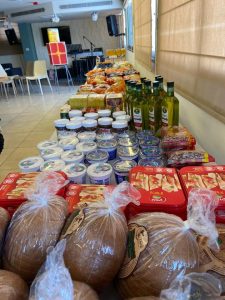 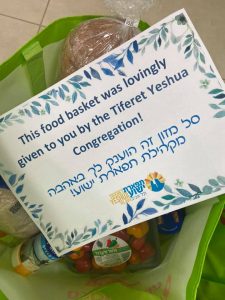 Miriam, a woman in our congregation who works with the Israeli pro-life organization, B’ad Chaim, recommended several single mothers for our grocery outreach. These were women whom Miriam had counseled through their decision to keep their babies and supported through their pregnancies. Because the corona lockdown closed all childcare facilities for over two months, forcing parents to stay at home to care for their children, these young mothers had fallen on hard times.  Every week during the lockdown we brought them groceries and diapers. It was so special for Miriam to be able to be a part of supporting these single mothers, to see the babies whose lives she had a part in bringing into the world. For us it was an honor to be able to encourage and bless these single mothers who had chosen life for their children.

When we first started our outreach, we posted pictures of  the teams of volunteers shopping and preparing the grocery bags on Tiferet Yeshua’s Hebrew Facebook page in order to share with our members that the congregation was still active despite the lockdown. A non-believer and single mother of a child with special needs saw our post on Facebook and sent us a message asking if she could be included in our grocery outreach because she also had to be quarantined at home caring for her child. Praise God we could help her! 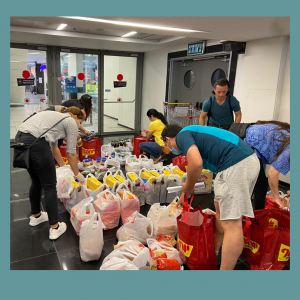 Overall, we provided groceries for the two and a half months that Israel was in quarantine lockdown. It was a difficult and trying period for everyone. But, it was such a blessing for us to be able to help and support those in need around us during that time, to bring the groceries to their homes personally and to see how it touched and encouraged them.

“Let your light so shine before men, that they may see your good works and glorify your Father in heaven.” Matthew 5:16

We would not be able to maintain our giving fund without the help from our friends around the world! Your support allows us to respond to immediate needs as they arise, like those that came to our attention during the corona crisis, and to be a blessing to the people of Israel. Thank you!