Israel’s Worst Political Crisis Ever Comes to an End

Today Israel’s 35th government was finally sworn in, officially bringing the worst political crisis in the country’s history to an end. Israelis have political fatigue, to put it lightly. Right before the corona virus exploded onto the world scene, Israelis went to the polls for a third time in a year only to see the major parties landing in the same exact same political deadlock as they were the two previous times. Political pundits were sending signals that the government was gearing up for the unthinkable: fourth elections. Then covid-19 hit Israel, and people of all political stripes felt exasperation by the re-run of petty political drama playing out before their eyes. 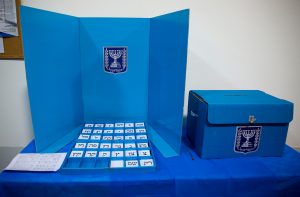 Then finally someone stepped up to the plate who is, for all intents and purposes, the real hero in this situation: retired army general Benny Ganz who heads the Blue and White Party. On March 26th this year, Gantz decided to split his own party after being unable to convince hardliners to join a unity government with Netanyahu (confirming that for some of them, their guiding principle was Anything but Bibi).

The Government that will take on covid-19 and make critical decisions for Israel, i.e. annexation of the Jordan River valley…

After two months of difficult and fraught negotiations, we ended up with a large, bloated government (they created positions by splitting ministerial roles so that party leaders could dole out enough positions to their members). Even though it will be an expensive government, it will cost far less than a fourth round of elections. This government is also unique in that it will be equal power-sharing, meaning they have split the ministerial positions equally between Blue and White and Netanyahu’s Likud. Another special feature of this government: Gantz and Netanyahu have agreed to share the role of prime minister (as strange as it sounds, and is, it is not unprecedented in Israeli politics). Netanyahu stays in the role of prime minister until November 17th, 2021, at which time Gantz will become prime minister. In the meantime, he will be Israel’s Defense Minister. 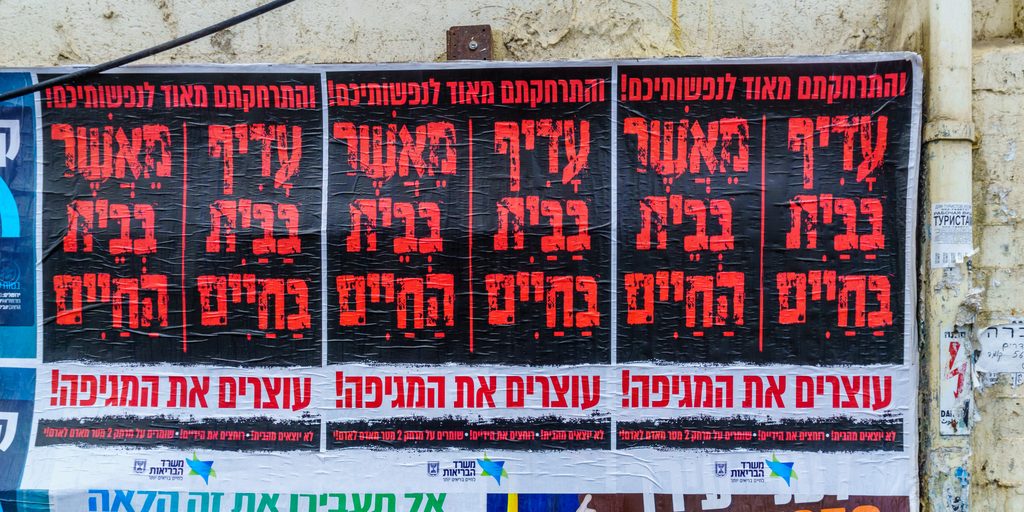 Poster in religous neighborhoods during the corona outbreak: “And thou shall distance for your souls – It’s better in the house of the living”

The day Gantz announced that he was splitting his party in order to join a unity government with Netanyahu was also the last day of a 40-day fast that many believers here in Israel joined (the fast schedule in Israel differed from others around the world).  The fast was called by evangelist Lou Engle over a year ago to take place in the beginning of 2020. The political crisis that hit Israel this last year was unprecedented, revealing devastating division in Israel’s political realm, and now we are facing an unprecedented crisis around the world with this pandemic which is challenging societies on every level. It is fair to say that we will not be back to what we knew as “normal”, at least for a long time. We will continue praying for our leaders as they navigate not only this tremendously challenging pandemic, but also the important political decisions they will have to make which have serious spiritual implications: bringing more of the biblical heartland under Israel’s control.