Tiferet Youth to Germany: Something New for a New Generation 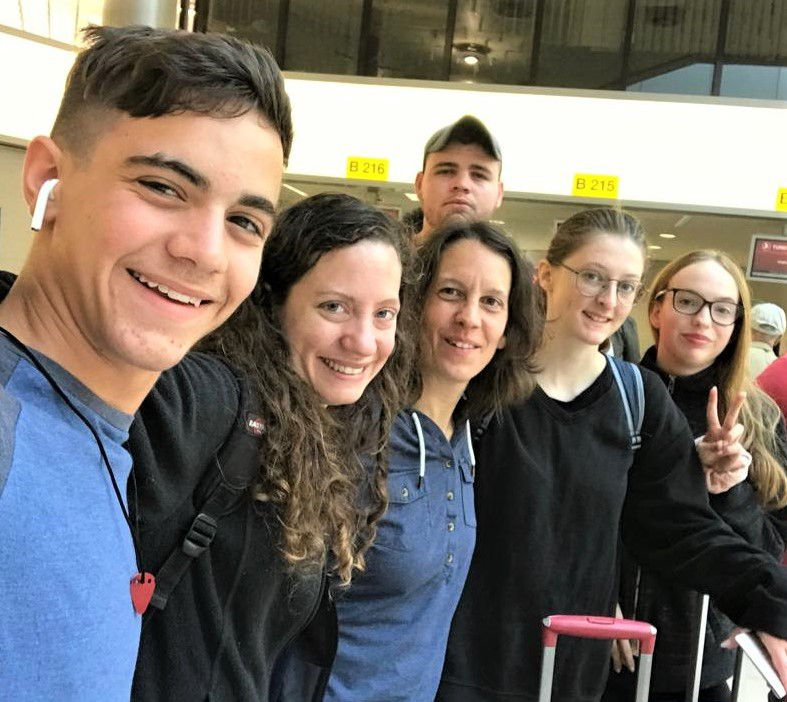 God has connected Tiferet Yeshua in a special way to a very special place in Germany: the bible school Glaubenszentrum, a place committed to equipping and raising up believers on the whole council of God’s word, and to making a stand for Israel’s place in God’s plan. For several years groups of students have come from Glaubenszentrum to serve and fellowship with us here in Tel Aviv, and Tiferet’s youth group, as well as our leadership and worship teams, have been to Glaubenszentrum to participate in conferences and events. This year we sent a small team led by Shlomit, Tiferet Yeshua’s youth leader, to participate in Glaubenszentrum’s yearly youth camp, JuKuBi. It was an amazing time for all of them. Here are some of their experiences in their own words:

Nava: Being Jewish, it’s hard not to associate images of my people’s suffering in the Holocaust when I think of Germany. However, it was amazing for me to experience so much love from the Germans at the conference: their love for us on the team, their love for Israel, and, above all, their love of God. The Glaubenszentrum team treated us with such overwhelming generosity and we felt surrounded by love. As part of the conference, the youth participants volunteer in the town. We joined a group that went to clean up the local Jewish cemetery: it was badly neglected and overgrown because there isn’t a Jewish community there anymore. For me it was one of the special moments and felt like the closing of a circle.

Yoel: The highlight for me was meeting a bible school student who volunteered to serve at the conference and who is an immigrant to Germany from Iran.

He helped us clean up the local Jewish cemetery. Afterward, on our walk back to the bible school, we talked a lot and bonded immediately. He was so thrilled to be around youth who are loud, friendly and outgoing! He said he misses the warm, middle-eastern culture and found our Israeli character to be more familiar to his culture than the quiet, polite German culture. On another occasion, I had a heated argument about the Israeli-Palestinian conflict with a youth who was in my small team. After spending time together daily in our group, we became friends. When we were saying good bye, he told me that he made a decision not to blindly accept media reports on Israel as facts, but to search for the truth about Israel.

Halel: During the conference, I observed that our Israeli youth received a deeper understanding about the God-created love among nations.

This led to interesting discussions amongst ourselves about our role as the Jewish people.

We were also blessed and encouraged to see youth who love the Lord so passionately! I was touched to see the passion of the staff and youth for prayer and taking time in prayer for each other.

I passed by some groups who were praying for each other, and when I walked by them later on, they were still there in prayer!

I know that I would have been in chit-chat mode at that point… Their commitment and passion made a big impression on me.

Shlomit: The bible-school leadership has decided to highlight Israel as a theme dear to God’s heart. With a desire to let the participants of the conference get to know some Israelis in person, and of course to bless us, we had the privilege to travel as a youth group to the conference and take part in the program. I was personally challenged to ask myself, “How dear to me are the things the Bible says are dear to God?”

On the last day of the conference, I got the opportunity to share a bit from my testimony: about growing up with no clue about the relevance of the New Testament to me personally and to the Jewish people. Afterward, one of youth leaders explained God’s promise to bless those who bless Israel in Genesis 12:3, and the youth gathered around and prayed for us. One of the staff members, who happened to be a famous rap-star, and whose voice is highly respected by the youth, shared a picture he saw in the Spirit of two rope bonds: one was for Germany and the other for Israel. The hand of the Lord took these two ends and wrapped them together. Later, a teacher from the bible school shared with me that He saw in the Spirit that the youth are each taking a part of that bond back to their families and congregations. For me it was a highlight because the rapper’s clear voice declaring this vision and praying for Israel was like the blowing of a shofar. It was a great blessing for me!